From tester to business analyst | Women in Tech

In the first of a series of posts Women in Tech at Kainos Polska, we interviewed Olga Żądlo-Wielewska Senior Business Analyst, who co-creates the Tri-City Testers Group and changed her career path from the tester to becoming a business analyst. We ask about her perspectives and advice for women in Tech.

What got you into tech, what has your career path been to date?

I’ve always worked in the IT industry. When I turned thirteen, I realized that I would like to study computer science at the ETI department of Gdańsk University of Technology and since then I consistently followed my plan. At that time, I did not know what exactly I wanted to do in IT – at first, I thought that I would become some kind of database specialist, testing appeared as an option only after third study year.

Tell us about a proud professional moment?

It seems to me that there are two such moments – first one was when I decided to „take a step back” and after just over a year of being a team leader of a test team, I decided to change the company and go back to senior position. In retrospect, I think that promotion to lead came a little too early. I lost contact with the technical aspect of the tester’s work and felt that I was not developing at all, because my job was mainly about attending meetings and reporting what my team is doing. Now I think that being a good lead/manager requires kind of maturity.

The second moment was when, after ten years of being a tester, I decided to change my career path and become a business analyst. Despite the fact that writing test scripts did not bring me much joy anymore, this decision was not easy, because the transition from a strictly technical role to a „consultant” (where everyday life comes down mainly to talking with people) requires a redefinition of the approach to work – what do you mean by success, organization of time, etc. 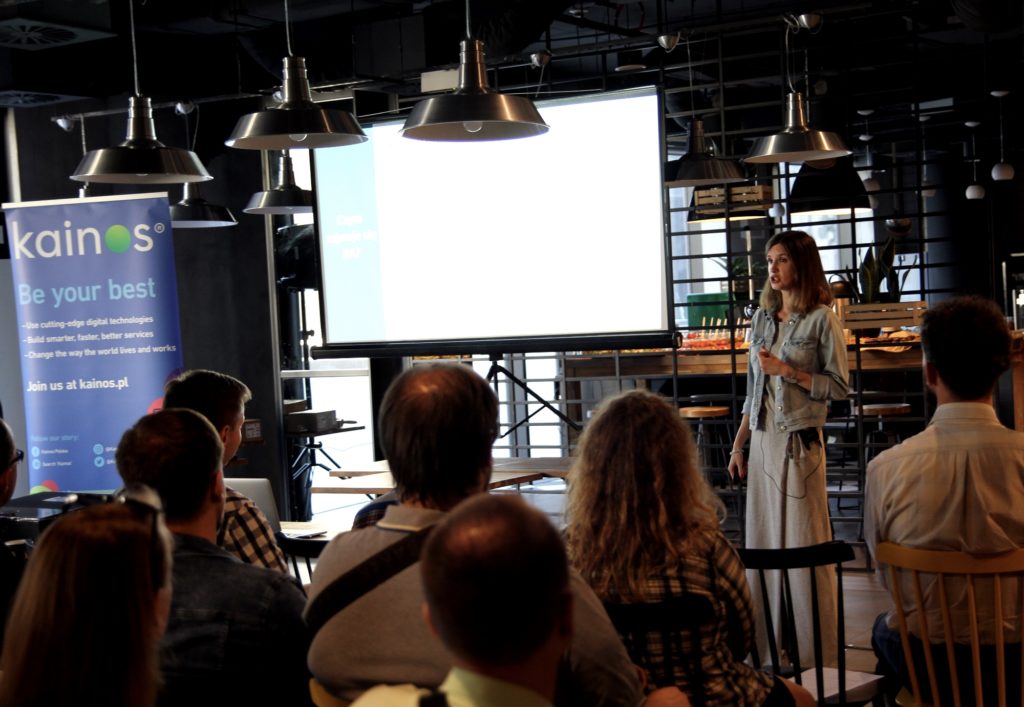 How did you become a business analyst?

My transition from tester to analyst began when I started to accompany my colleague, who was a business analyst in our team at that time, during meetings with the client (so-called job-shadowing). After a few months of observing and performing simple tasks, I became an independent analyst and, at the same time, I continued regular tester’s work (50/50). Then I took part in BA (Business Analyst) Academy – internal training organized by Kainos. The target group of this training were people who had just started their career in IT, but for me it was a chance to organize knowledge. Then the time has come to enter the role of an analyst at 100% – this does not mean, however, that I am entirely out of touch with testing because due to my experience I still do tests code review.

Knowledge and experience that I have gained through all these years of testing are extremely useful in my current role. I think that thanks to them, it is much easier for me to explain certain things to the customer and, at the same time, I have no problem to get along with the development team. Also, the business analyst, after he “extracts” from the client what the real business need is, analyzes use cases in a very similar way in which the tester prepares test scenarios.

How does your typical day in the office look like?

In my case, the business analyst’s work is mainly about asking questions and providing answers to questions asked by others. My task is to ensure that clients will build a product that is going to be useful for the user (this is the part in which I ask questions). I am also a kind of „translator” between business (client) and development team (this is the part where I provide answers). I’m responsible for making everyone understand what we do, why and that we deliver what has been agreed upon.

In my daily job, I work with the client (mainly people without technical knowledge) and with our development team (architects, UI / UX designers, programmers, testers). It also happens that I get in touch with employees from other companies (if they are involved in product development). Besides that, because as a business analyst I work with our client on a daily basis, I am also responsible for building a relationship with them and I get involved more often in discussions with managers about planning further activities under the contract, etc.

What takes up your time outside work?

Mainly I read books (usually entirely unrelated to IT) 😊.